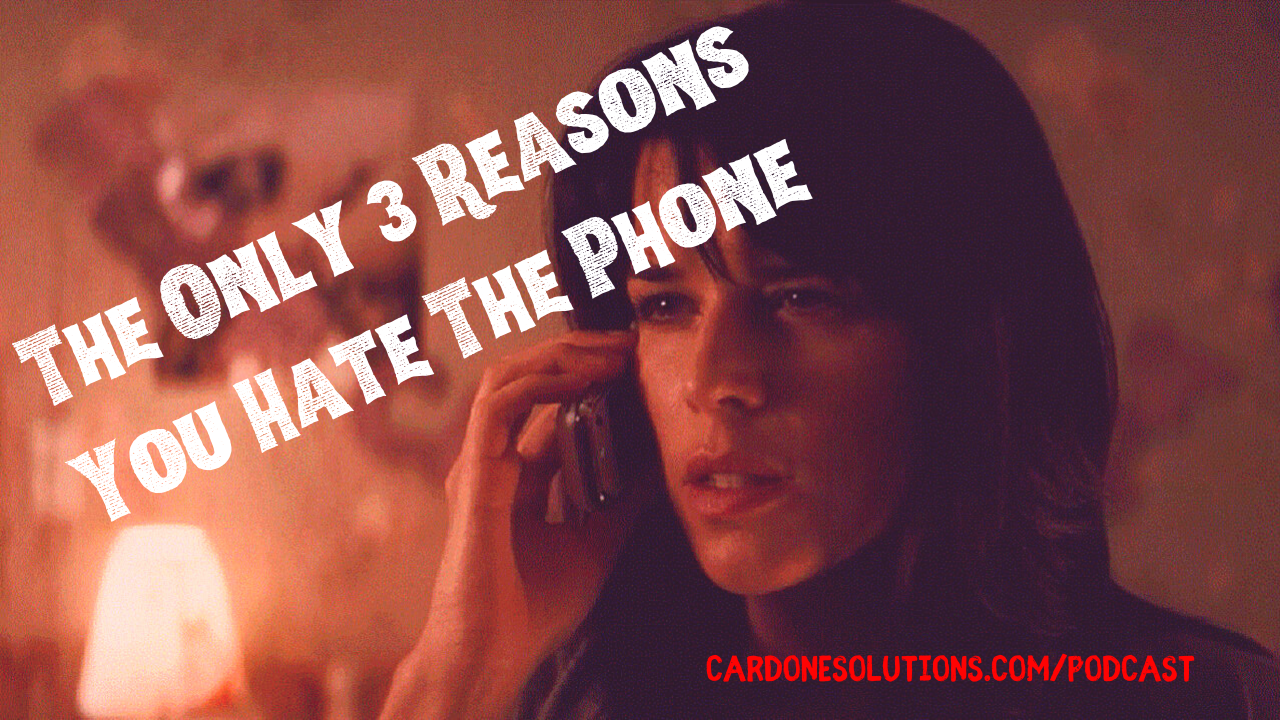 The Only 3 Reasons You Hate The Phone

Let’s face it, you’d rather pop your own eye out with a rusty teaspoon than make another phone call. As a salesperson, you’ve been here. Probably more than once. Add to that there are a bunch of people making very valid points about the phone being dead and that they have a “more effective method” of prospecting, emailing, cold-calling, marketing, etc.

Yet, there it sits. Waiting for you to use it. And there you sit, trying to talk yourself into using it. What’s the problem here? Why is there such a disconnect? Why do you HATE to make calls? There are only three reasons you hate the phone. Not only will I give them to you, but I will also tell you how to handle them.

Reason No. 1: Your Mindset Is All Jacked Up

The phone for many is a source of fear, angst, doubt, uncertainty and mistrust. For some they feel like they have no control over what’s about to happen and because they’ve experienced rejection in the past they tend to allow it to dictate their present.

You have to change your mind about the phone. It’s not the same as it used to be. The phone along with the market and the way people shop and buy has changed.

When someone’s calling you, they’ve already done significant homework and are way closer to pulling a trigger now more than ever. So when you can handle the incoming call correctly by knowing exactly what they’re after, ask the right questions, set the appointment, and then follow it up correctly, you will stand head and shoulders above the competition.

Now, if you’re calling them… wait, you are calling right? You’re not just blasting out a thread of email templates hoping someone will respond are you? If you’re not making outbound calls; hot, cold, warm, you’re leaving massive amounts of money everywhere. Not just on the table, all over the whole house. Whatever reason you think you have for not doing, it boils down to Reason No. 2

Reason No. 2: You Have No Playbook

This is a primary cause of mystery and uncertainty and why you hate the phone. You’re making it up as you go along. Who does this? Nobody. That’s who. Imagine an NFL Team with no playbook. Picture a lawyer with no case to present. Would a pilot take off without a flight plan? The purpose of having a playbook is know where you’re going in the call and to have the confidence you can get there.

A good playbook will give you what you need to be in control of the call. Inbound or outbound and it requires three things. The first is how to start. How do you open a call? The second part of your playbook should be about how to move that call in the direction you want and also how to handle complaints, stalls and defense mechanisms. Lastly, how to finish a call which means, close on something. Whether that’s an appointment, the deal itself, or anything in between. You never want to end a call without closing on something.

Reason No. 3: You’re Not Doing Enough

Speaking of sports… Babe Ruth stepped up to the plate 8399 times as a professional baseball player. He hit the ball 2873 times with 714 home runs. Which means he “failed” 6060 times. How many times have you failed?

Remember, in the beginning we were talking about mindset? Failure is something to embrace, not avoid. Better yet, if you knew there was only one way to fail, would that change how you approach the phone? Might even change the way you approach life.

“The only way you can fail is if you quit.” – Grant Cardone

You need to take massive levels of action. Knowing you can’t really fail, which means there’s also no way you can be a failure, then that means if you want to hit 714 home runs, you’ll be needing to step up to the plate at least 8399 times. In other words, get after it!

Putting it all together

Phone mastery could literally be the thing that catapults your sales career. Phone mastery allows you the ability to be the cause of your day and not the effect of somebody else’s. You can control your outcomes by controlling your mindset first, then have a playbook you can fallback and rely on and finally stack that with massive amounts of action and you will see your sales increase to stratospheric levels.

Silly question: What kind of a chance would you stand if you jumped into an octagon with a UFC fighter and you had no skill or training in MMA? You’d get your @$$ handed to you. Obvious right?

If you hate the phone, how do you make sure you have a fighting chance on the phone and are not getting your @$$ handed to you every day? Practice. It’s how the greats all got to Carnegie Hall. It’s how you’ll become a master on the phone. 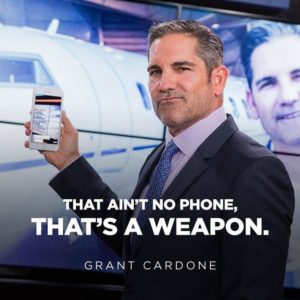 Do the following 5 things everyday before getting on the phone:

Lastly, what would you do if it turned out that if by following these 5 things everyday you would increase your production by 30% in the next 90 days. Would you implement them? Would you commit to them? These 5 things cost you nothing but time and can be the exact things you’re not doing that will be the difference between just getting by and killing it. The choice however is yours. How can I help?