This week’s Wednesday Word, Adversity is a noun.

: difficulties; misfortune; as in “resilience in the face of adversity”
: a state or instance of serious or continued difficulty or misfortune

FROM Vacabulary.com:  “When circumstances or situations work against you, you face adversity.  For example, refugees from war-torn countries encounter terrible adversity.  In the Bible, The Jews enslaved in Egypt faced adversity while enslaved and God also delivered some adversity on the Egyptians until Pharaoh released them and then they got another 40 years of adversity in the desert.  If you, like me watch UFC, some of the best fights are the ones where a fighter faces adversity.  Where it looks like they’re going to lose and somehow manage to comeback and win.  Silva / Sonnen I comes to mind.

Adversity, which is a noun has been part of the English language for over 800 years. It comes from the Latin adversus, literally means “turned against,” and figuratively “hostile or unfavorable.”

So, when things seem against you, whether that’s circumstances or a stroke of bad luck, you are facing adversity.  Sometimes people use a form of the phrase “turning adversity into opportunity.” This refers to the ability some people or companies have to take a bad situation and make it into a successful one.”

Have you ever seen the CTL + ALT + DELETE meme?  I thought of this when going over this word.

What can CTL + ALT + DELETE do for you in while the face of adversity? 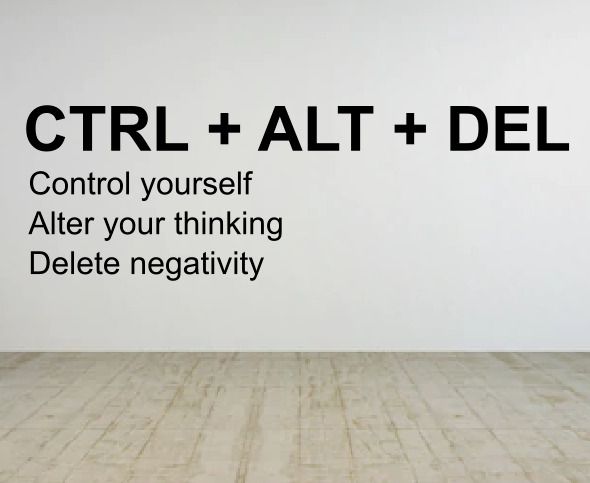