There is no failure until you quit.”

Which reminded me of the pragmatism of MMA fighter Chael Sonnen when he spoke to his team on TUF Season 17:

This may come as a surprise to you, but failure is an illusion. No one ever fails at anything. Everything you do produces a result. If you’re trying to learn how to catch a football and someone throws it to you and you drop it, you haven’t failed. You simply produced a result. The real question is what you do with the results that you produce. Do you leave, and moan about being a football failure, or do you say, “Throw it again,” until ultimately you’re catching footballs? Failure is a judgment. It’s just an opinion. It comes from your fears, which can be eliminated by love. Love for yourself. Love for what you do. Love for others. Love for your planet. When you have love within you, fear cannot survive.”

So yeah…  go chew on that for the next 7 days.  “Failure is a judgment. It’s just an opinion. It comes from your fears, which can be eliminated by love.”

Which as Stephen R Covey teaches in The 7 Habits of Highly Effective People is a verb.  It’s an action…

And what do we do in the Cardone Zone?  We take 10X massive levels of action here.

So in conclusion, if you think you’re a failure, you’re operating out of fear which can be handled through study, practice, reflection and observation.

So as long as you don’t quit, you can’t fail. 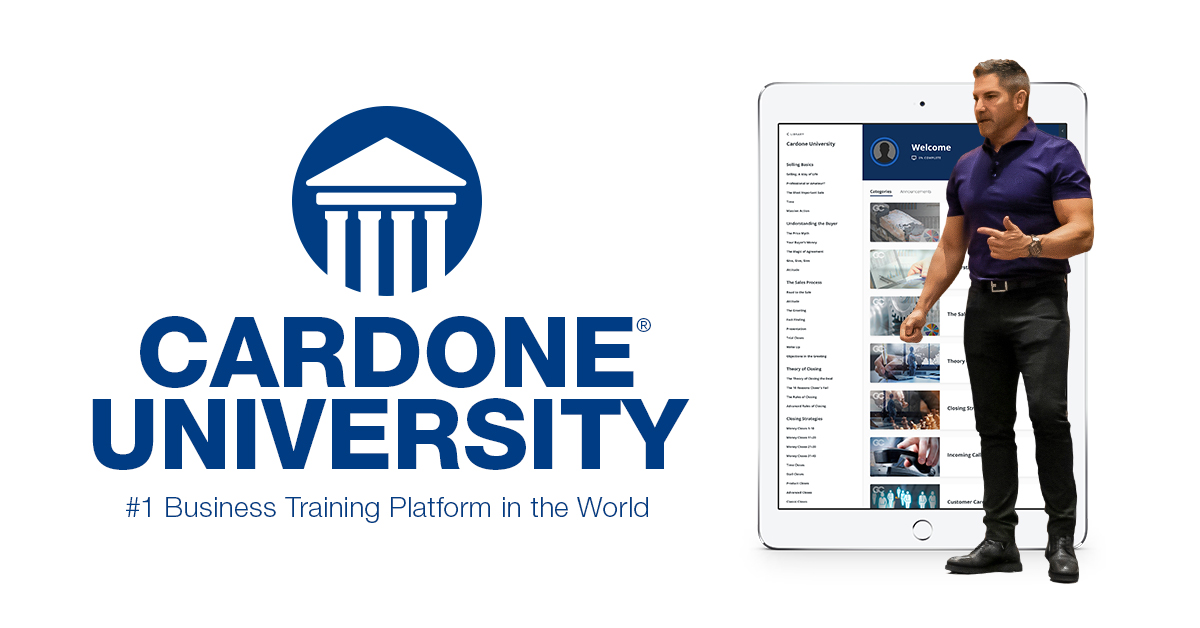