the power or right to act, speak, or think as one wants without hindrance or restraint.
the state of being physically unrestricted and able to move easily.
the power of self-determination attributed to the will; the quality of being independent of fate or necessity.

ACTION IDEA:  How free are you?  How will you know when you are?

If you know anything about Viktor Frankl, you will know that this man endured tortures that no human being should ever have to endure and for him to go through what he went through and to be able to come out the other side and recognize that he still had the power of choosing his attitude that’s freedom!
How free are you when you see something on social media and you want to comment, you want to argue and you want to tweet?  Can you let that go?  If you can’t let it go and find something more constructive to do with your energy then you’re not in control.  You’re a slave to your ego.  I hate to break it to you and I’m not saying I’m innocent of that.  I’ve been guilty of it too, but I recognize now that that’s my ego that’s not me and that means I’m not free in that moment…
So how free are you?  And then the other question, how will you know when you’re free? 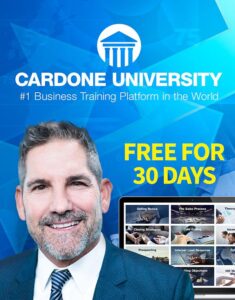