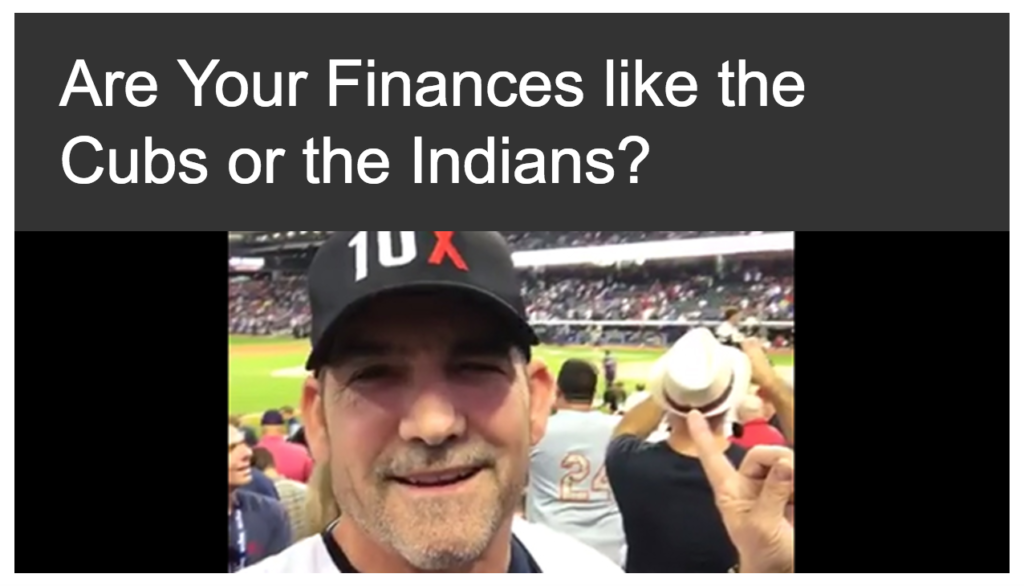 Five Steps to Make It Rain

This week the Chicago Cubs ended their 108-year championship drought.  The Cleveland Indians, ironically, are now the baseball team with the longest championship drought.  68 years without winning a World Series.  The Indians are going to need to make it rain next year!  So in Grant Cardone’s Strategy of the Week, he’s talking drought.

Droughts are true in sports and personal finances.  Whenever someone finds themselves in any kind of drought, the goal is to simply make it rain.  Now, Grant’s not talking about the whole taking a wad of cash and throwing it in the air thing…  What he’s talking about is getting multiple new income streams pouring in.  If your financial situation as a bit dry, you need to make is rain by first, giving money the attention it deserves.

Money will alway moves toward those who are the most committed and respectful of it.  While many people say they want more money, most never achieve it.  Why not?   It’s simple, they make too many money mistakes.  In baseball, you call it an error when you blunder a catch or make an errant throw. In honor of the Cubs ending their 108-year drought, Grant is giving you today 5 common errors to avoid with money so that you can avoid having a financial drought.  Do the opposite of these and you’ll be make it rain in no time…